Today we spent most of the day hanging around meeting people and just sharing cultures and stories of what brought us to Beaches. We met families from Miami with thick Spanish accents who would occasionally drop a few native words mid sentence; I think they liked my facial expressions when they did it because it caught me so off guard! Like this one, "Sweetie, we need to get going so we don't miss the glass bottom boat ride. Andale Andale! Sometimes, she's just so slow!" Andale has quickly become my new favorite word :) I asked this family from Miami why they chose Jamaica, afterall, Miami is pretty tropical! She said they needed a change of pace and scenery and Jamaica would allow them much needed time to slow down and reconnect as a family. No cell phones or Internet was their family rule. The kids played with other kids at Kids Camp while Mom and Dad got a spa treatment or went on a Lovers Catamaran ride. They dined together, snorkeled together, picked seashells together, even made their own CD together at the DJ Scratch Academy!

And then we spent the better part of the day learning to relax and take it easy with a family from Kingston. Recently divorced, Christine, said she was looking to spend some quality time with her girls and celebrate the oldest's 12th birthday! Her girls and mine hit it off right away! While the girls danced to Kinect or swam in the ocean it was with Christine that I learned so many "truths" about her homeland, Jamaica. For example, did you know Kingston, the capital of Jamaica, has a population of over one million, however, it is a really safe part of the country. So many times we're told as Americans (even travel agents) that it's not recommended to travel there, so we dismiss it altogether. She advised that you haven't seen Jamaica if you haven't been to Kingston. With all the diversity of people, cultures and food, it is a destination all in itself. During our poolside chat, I learned that Jamaica is a Christian nation that boasts more churches per capita; in fact, its been mentioned in the Guiness World of Records. I also learned that the locals are very genuine people who shouldn't be feared. As we enjoyed Jerk Chicken over lunch, she went on to share that she homeschools her daughters with hopes to provide them with a more diverse curriculum that allows them to excel at their own pace and express themselves, the very same reasons my American friends homeschool! My children were eager to share some winter pictures with the girls and show them snow, ice fishing memories and even how we bundle to protect ourselves from Old Man Winter.

As our fun filled day was winding down, we met two families who put it simply, they were here making huge deposits into their love accounts! They were the typical American family who work more than they play causing strains on the family that only time and attention could only ease. For them they were being intentional and scheduled this time to punch out of work and punch in on the family time clock! They filled their days with Character breakfasts and many tours including swimming with the dolphins, glass bottom boat rides, hiking Dunns River Falls and private dinners on the beach. Admiring their desire and dedication to their family time, we politely let them carry on and join us when they were ready.
In all these examples, the resounding theme, including our own, was to relax and reconnect with the ones most dear to us. I'd have to say that's a 'Mission Accomplished'! 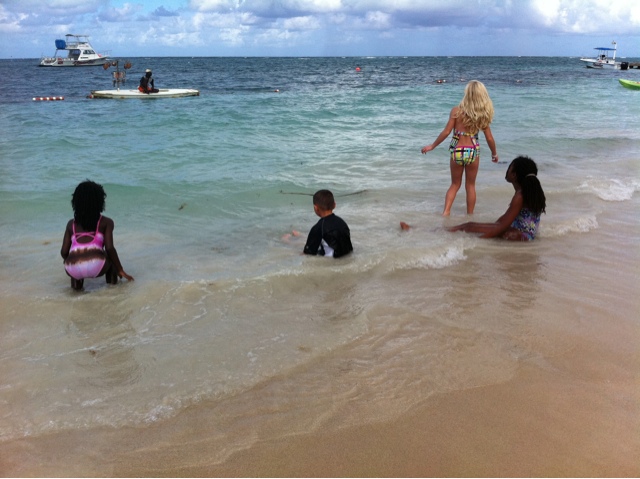 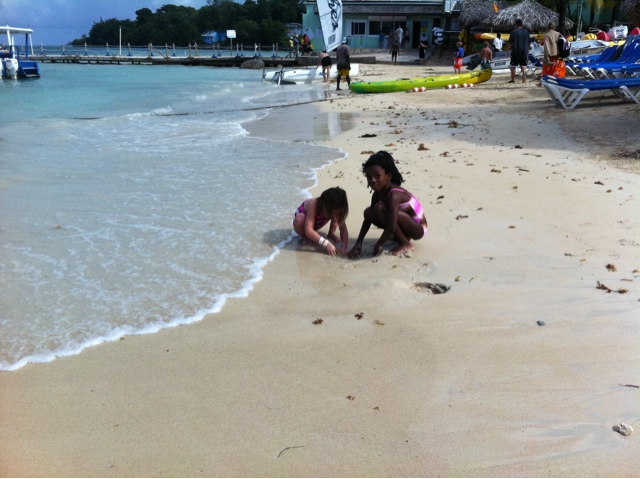 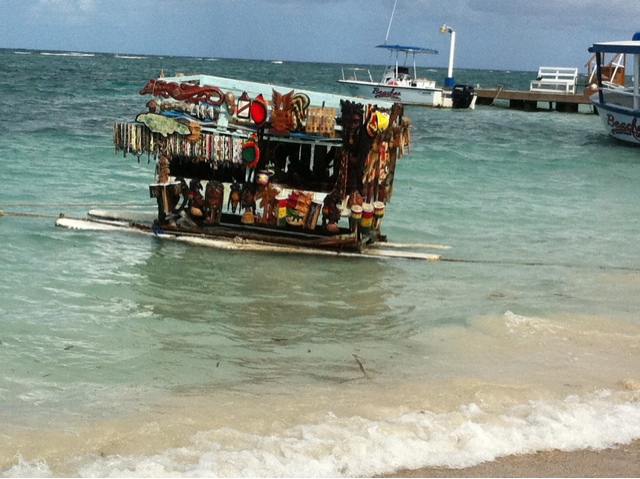 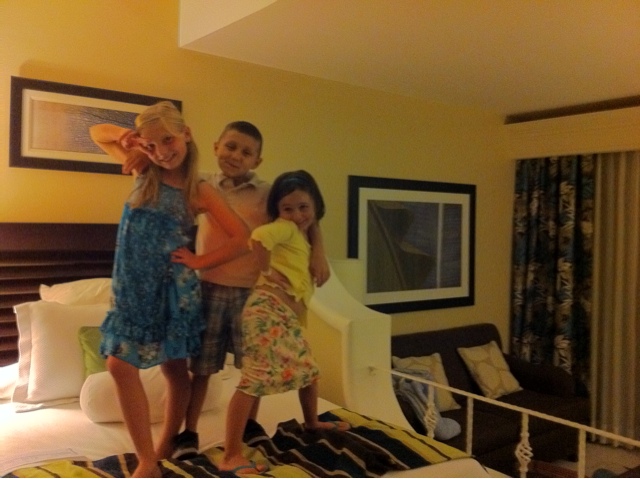 Thinking of a vacation?
Your 15 minute call is FREE!